and looks back, not through the looking glass

I got a jolt recently.  Channel 4 is trailing the Rio Paralympics. Olympics time? Already? How can that be? Surely it's no time at all since London 2012?

It seems like yesterday.
It seems a lifetime away.

A latecomer to social media, (I only joined Facebook last year) my first blog was private, a way to share my holiday with family and a very limited number of friends. And I had a brand new shiny iPad, an early birthday present, to write it on; my old laptop was too heavy to take away with me.

The Olympics are important to the story because they seem to epitomise a time of innocence. Is that silly? Everyone was happy; there was that amazing opening ceremony,  so many wonderful performances, so many happy tears.

The fairy dust  even seemed to follow me across the world, there was a welcoming party when we arrived in Brisbane.  Ah no, that would be for  Queensland's returning heroine Sally Pearson who came in on the same flight.

We had a lovely holiday and saw some amazing sights. 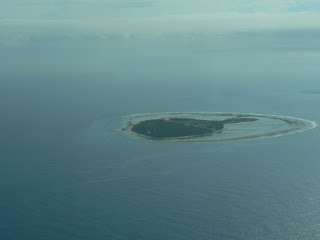 Well in the Autumn, prompted by the imminent arrival of...... 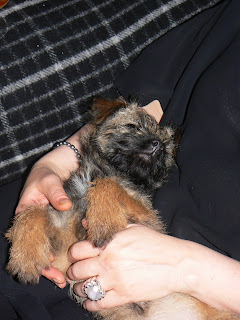 But something else had changed. Sometime between the euphoria of the Olympics and the end of my holiday, my mother had got sick. By Spring, she was gone.

The end if not of innocence but of being a child. Not completely because my father is still here, but the death of a parent shifts the generational perspective.

So much has happened.

we lost our mothers,

we sold a house, MasterS moved out,

we sold a flat, we bought a house, we rented a flat,

I had a landmark birthday, I resigned from my job,

we made a permanent move.

And so to the present. We have a new home, a new business,  we are making new friends. I spend a fair bit of time using social media. I've taken up new things - yoga, and revisited some for the for time in thirty years - drama. I still have that iPad but write mostly on my Macbook. In May we'll vote for our next Scottish Government, in June on our future in Europe. August will bring the XXXI Olympiad, or  Rio 2016.

It seems a lifetime away
It seems like yesterday

I didn't just visit the Kelvingrove Museum (and art gallery) when I was down in Glasgow this week, I made a trip to the Hunterian Art gallery and the Mackintosh house too. Mind you I almost didn't make it. The leaflet advertising Glasgow's museums didn't make it clear enough (to me at least), that the Hunterian has two sections, the museum and the art gallery and that they are in two different buildings. I found my way to the museum easily enough. It's in an impressive  building and I made my way up..... 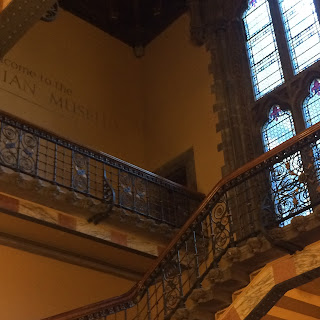 ....and found myself in a distinctly scientific space. OK, there was also a good Antonine Wall exhibition, which is (contrary to what I thought at the time and reported elsewhere*) on permanent display. I'd quite like to have a longer look at it  one day but it wasn't what I'd gone in search of. Neither were the cases of anatomical specimens, I've seen too many of these. I trudged around getting despondent and left the building.

And then I saw the sign. Hunterian Art Gallery and Mackintosh house. Yes! Happiness restored. They are across the road, and a little bit obscured by pavement works at the moment.  My spirits drooped again when I found out that entry to the Mackintosh house was a by guided tour only. But as it was due to start I was persuaded to go along.

I was so glad I did. The house is a little gem. It's a reconstruction of the Mackintoshes' home just along the street,  on what was once Florentine Terrace. The original house, which had been bought by the university of Glasgow, was demolished in 1963. Luckily all the Mackintosh features had been removed and saved.

I haven't any photos, it's not allowed but you can see images here. I was lucky enough to visit on a sunny afternoon, experiencing the light effects Mackintosh loved and really appreciating the "house as a flower"  concept; growing up from the dark lower rooms to the light filled upper floors, the bedrooms aligned to the rising  sun. It's a short tour but very well worth it. Go if you get a chance.

After my tour I took a quick look around the gallery but decided I need to return and give it my full attention another day. 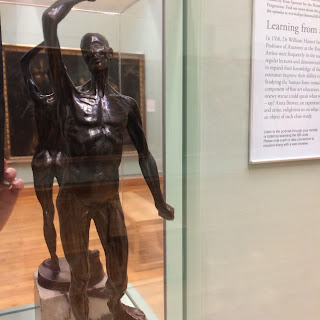 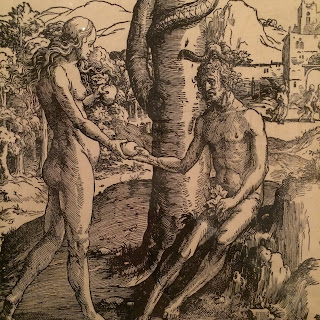 And since I was in the city I took myself off for a quick look around the shops.

Posted by Marina Starke at 09:38 No comments:

and had fun in the city

Last week I tried to get creative with textiles, this week I enjoyed others' beautiful creations. I took the early(ish) train down to Glasgow to catch the "A Century of Style" exhibition at the Kelvingrove Museum. 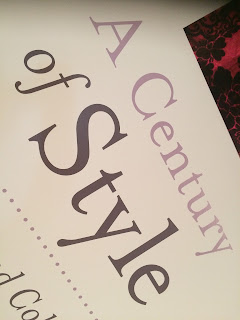 You'll have to rush if you want to see it as it closes on Sunday, but you can download the app and enjoy it at home. I would recommend a visit if you can because even though you can't touch the clothes you can get close and enjoy the details. The exhibition explores 19th Century fashion through colour. Starting off with the drabs and  greys often associated with the time, because of our experience of viewing through sepia glasses, it then transports visitors  through the rainbow.

There are interesting snippets of social history and science, though as almost always,  the clothes are those of the middle and upper classes, the clothes of workers and the poor rarely survive; rare exceptions can be found at the NTS Moirlanich Longhouse.


Before my visit I  popped into the friendly Salt deli on Byres Road and fuelled myself with a delicious brisket sandwich washed down with rhubarb and rooibos tea.


I loved the urban buzz of the  West End with its super shops and cafes; it's good to go back from time to time for a "fix".

But it's also lovely to come home to this

Posted by Marina Starke at 10:55 No comments:

and tries to get creative

My corner of Argyll isn't just beautiful and great for outdoor pursuits, there are lots of talented people busy indoors producing high quality arts and crafts. In August very year a number of studios open to visitors, showcasing their wares. But you don't have to wait until then to enjoy a little creativity yourself, as I found out.

Shortly after moving here I bought this lovely bowl ...... .... from the craft fair in our village hall.
It was our first "present" for the new house. So I was excited to go along to the workshop it came from and have a go at felting myself. It was great fun but like all skills practice makes perfect,  and if an activity seems easy it's because the person is very good at it.

I wanted to make a picture reflecting the colours of the seashore. You can decide for yourself how successful I was....

I particularly admired this scarf made by another participant.. 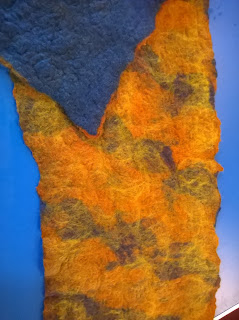 I made another smaller piece which I'm going to make into a lavender bag.. 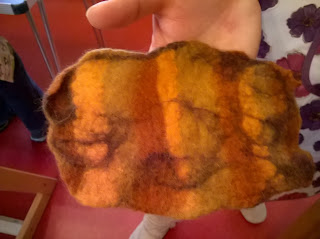 Felting turned out to be a surprisingly physical activity, you stand up so good for those fitness apps, the rubbing which binds the fibres into felt is a good work out for your arms; and then there's the "throw down" great for releasing tensions. Add in lunch and beautiful surroundings and it's the perfect activity for a get together with friends; there are plenty of places to stay nearby if you want to make weekend of it. You can even indulge in some retail therapy and snap up one of Hazel's hats or bowls.