And found some on the island of deer

Another trip. Another island. Another branch of the MacStarkes. Jura. Geographically not very far off the coast of Argyll. Easily visible and recognisable. In reality far, far away. Islands have been a feature of my travels this summer, but Jura, unlike Ile de Re or Skye is resolutely an island. Not only is there no bridge, you need two boat trips to get there. Before them a long drive across Scotland, with a very welcome stop at the friendly, dog friendly West Loch Hotel and then next morning a too hasty drive (Mr Starke had misread check in time) 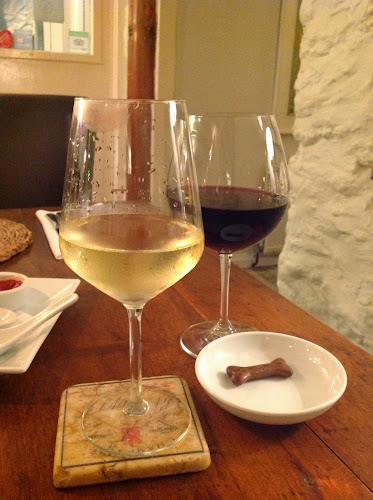 Something for everyone at the West Loch

Bacon rolls and coffee afloat helped make up for the missed breakfast.

If Jura is the island of deer then Islay must be the island of whisky. There aren't more distilleries than people on Islay but there must be one for very few head of population. I didn't sample any but I bought a few drams in the form of soap and other lovely things from Spirited Soaps in Bowmore. I managed to smuggle them out unnoticed so Mr Starke got some surprises on his birthday. 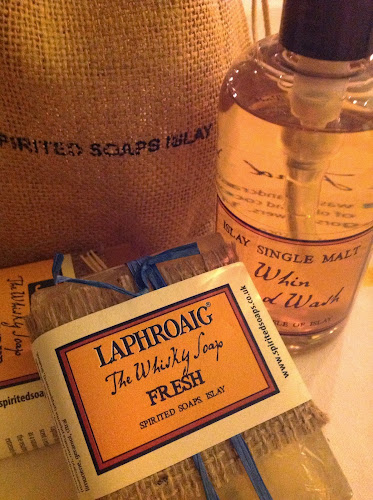 Retail therapy over we drove across the island and had time for crab sandwiches before our second (and much smaller) ferry to Jura.

The friendly Jura hotel was our base, we had a view out over Small Isles Bay and on the other side another distillery. 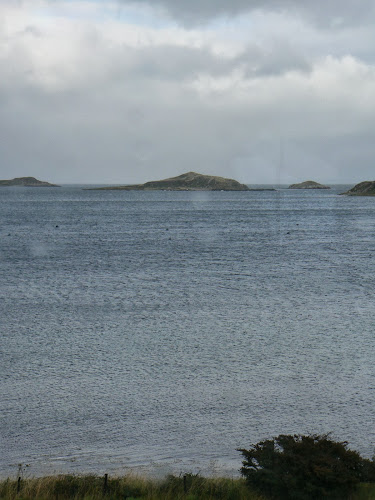 I had a little worry that this would be the only examples of Jura's famous 5,000+ deer I would see. There had been none on our drive up to Craighouse. And there should have been over 20 per person! 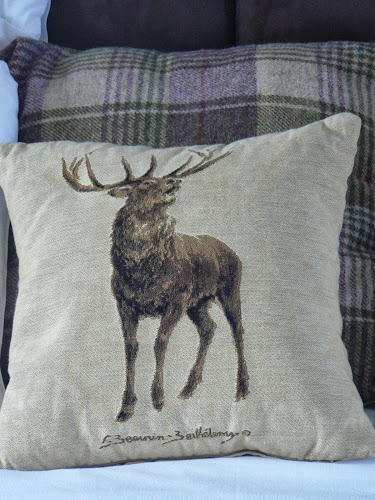 I needn't have worried. Once over their camera shyness (or perhaps because it was stalking season.....) there were plenty. We saw these young hinds on the road at Keils. 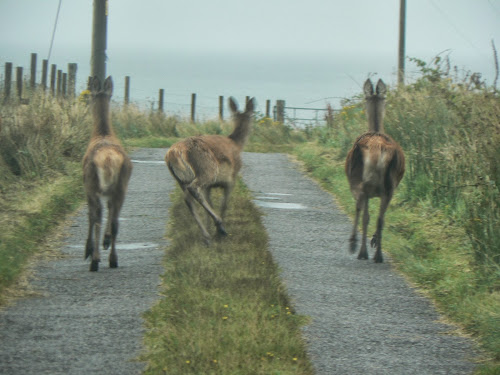 And then these guys were totally unperturbed by our presence further north at Tarbert. 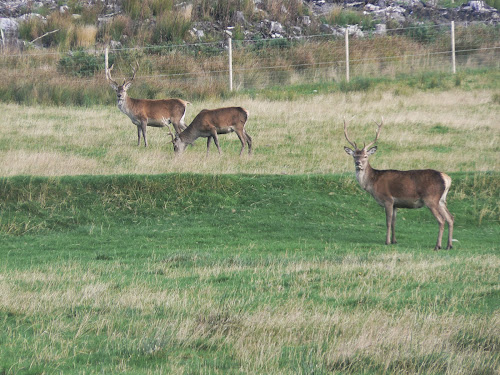 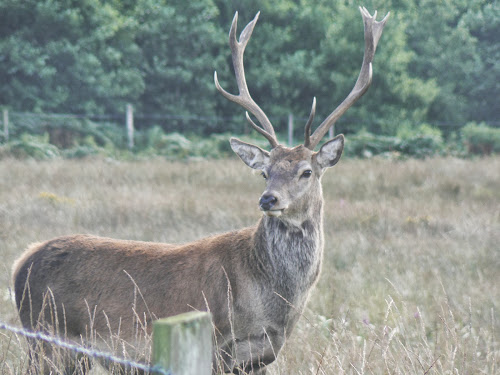 We walked right across the island to give Dogstarke a swim in the Atlantic! This is less impressive than it sounds, Jura is only about a kilometre wide at Tarbert, and those of you familiar with Gaelic will know that Tarbet or Tarberts are found all around Scotland at the narrowest crossing points. Boats were dragged from coast to coast there. 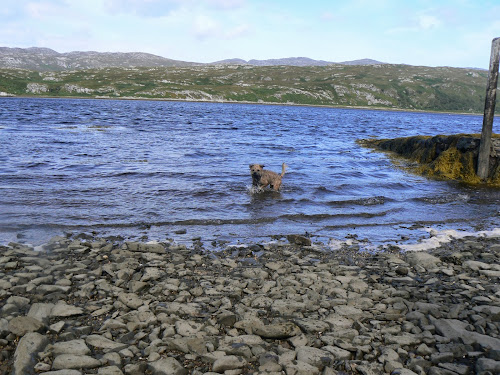 We couldn't have visited without trying just a small amount of Jura's most well known exports, venison and malt whisky. And we did so very well with the venison pie and whisky on offer at the hotel. We couldn't hope to emulate our bar room pal though. He was on a malt pilgrimage and managed to sample each of the bar's not insubstantial roster of Jura malts, and stay standing; a tribute to his constitution and not any hint of short measures!


It wasn't all bars and whisky, we spent a lot of time out of doors, enjoying some great late summer sunshine. All that fresh air works up an appetite which we satisfied with lunch at the Antlers. Where we enjoyed this view. 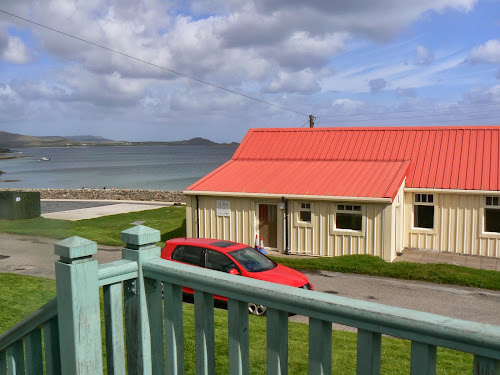 All in all a great short break with more left to enjoy. So hopefully we'll be back again before too long.