And takes time out to remember some.....

Gosh, it's been an age. I posted about the first half of my summer holiday and then...nothing. But I've been travelling lots; partially for leisure and partially due to circumstances. We moved out of our old home in early August and are now spending our time travelling between our temporary city flat and our new-to-be permanent home. In between we managed to fit in trips to three very lovely places.

After our return from John O'Groats, and my narrow escape, we spent a few glorious sunny days in the Yorkshire Dales. We based ourselves at "The Traddock" in Austick, a village we awarded "RP"* status.

Austwick is built from gorgeous golden stone, the main road by-passes without leaving it passed by; it has a village green, a shop, a church and two inns. We stayed in one of these, The Traddock. We spent three great nights there, PapaStarke joined us and we ate and slept well. We also enjoyed the loveliest summer weather. 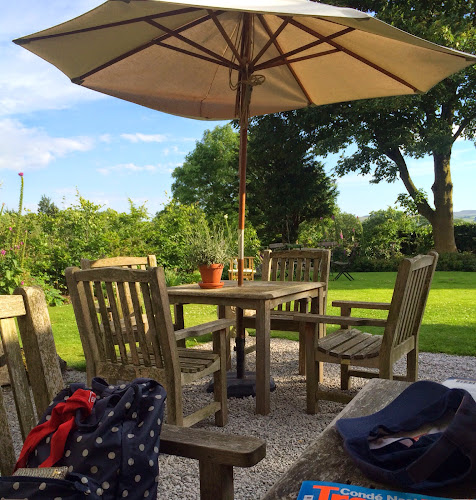 The garden at The Traddock 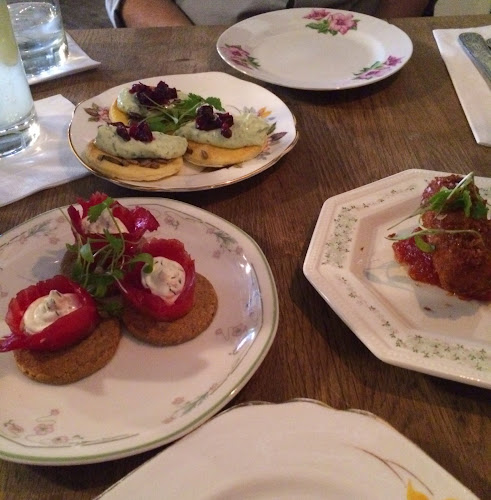 Just some of the delicious food we enjoyed

On our last evening we watched the WI parade to their 90th birthday celebrations in the village hall. 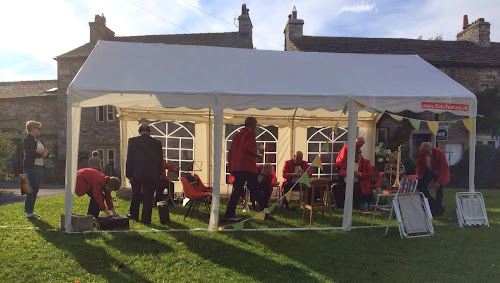 We did plenty of walking in Yorkshire, up to the top of Malham cove (even octagenerian PapaStarke) and under the earth in Ingleborough cave. 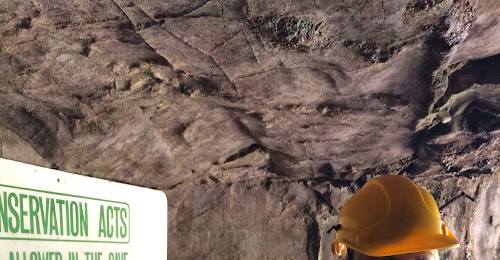 Hatted up ready to explore the caves 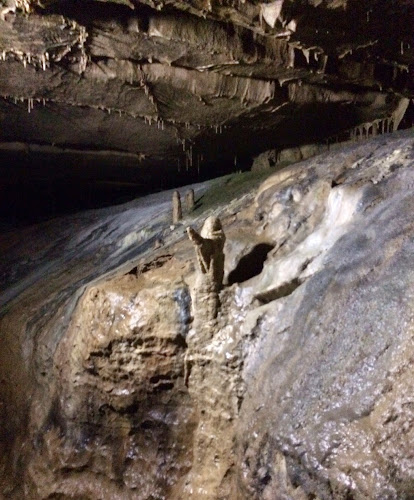 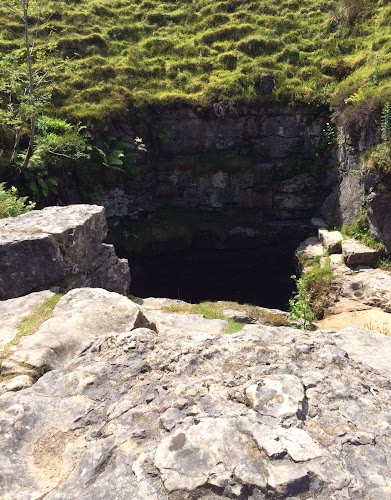 But stayed well away for the edge, that one's for real cavers.

All that exercise builds up an appetite and, despite the promise of our dinner at The Traddock, we made room for a Yorkshire tea. 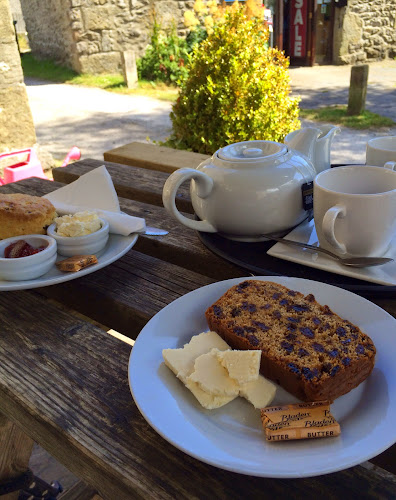 We arrived in Yorkshire just after the "Grand Depart" and there was still a festive atmosphere and lots of yellow bikes. 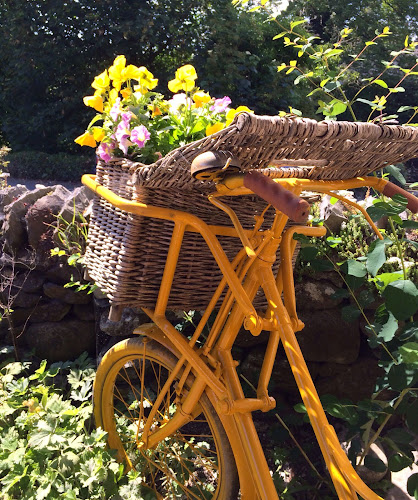 That's the end of this instalment of my travels, but I don't intend to leave it so long before I post the next ones - a luxury break between moves and another in Mallorca to celebrate a landmark birthday; I hope you'll return to join me remembering them. I usually review places I've stayed on TripAdvisor, unless, with one notable exception, I have nothing good to say about them. So there's more on The Traddock and the subjects of my next posts there.