and muses how she washed up here... 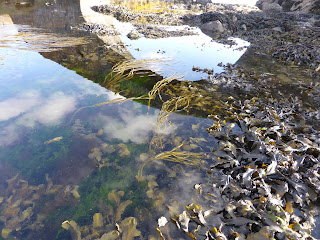 Well my mother was a fish and my father gave me a pirate's name, so it's no surprise that I love the sea, but there aren't many seafarers among my ancestors. They all tended to come from the rural heartlands, from the middle parts of England and Wales and what they did all have in common was migration.

My paternal grandmother's family seem to have been the most settled; they were shepherds mostly in the remote Cambrian mountains. But even so there was movement between Brecon and Radnorshire,  shuttling down the generations. I can only hazard a guess,  did they travel to hiring fairs and markets and meet their partners there?

My piratical paternal grandfather is harder to track, he was possibly illegitimate and the records are vague. He is named as a grandson of the householder, but his parents were? Who? The census records a son of the house, was he my great grand dad? Earlier records list a daughter, but she disappears, could she have been my great grandmother? And, poignantly a decade before Grandfather Pirate  was born, the census lists a son of the household bearing his name, a toddler,  too young to have left home but gone by the next census. This fashion for reusing given names adds more tangles to the puzzle.

Anyway the little pirate lad grew up and moved across the valley to look for work and  found the shepherd's daughter who had been washed off her hills. She then became Granny Pirate and they moved south to the mines to work digging up coal and washing it out of clothes.

My maternal side was easier to trace. Most of the hard work done by others, local history groups, diligently decoding and transcribing parish records and keeping the stories alive. My fishy grandfather's paternal family came from the Bristol area, earning their livings as silk makers, dressmakers, decorators and latterly as bakers.  Skilled craftspeople providing for the needs of the developing urban areas. I'm not sure why they made the journey from the West Country to South Wales.  Did they think that the black gold would turn into real gold for them? Or were the market towns just not providing a living anymore and they were forced to move, economic migrants like so many others, then and now?

Grandpa Fish's maternal line came from deeper in the countryside, they were farm labourers in  Dorset. It seems likely they were economic migrants. The move from Dorset seems to have coincided  with the agricultural slump of the 1870s. And so they swapped the hard labour outside in the fields for the dark labour of the mines.

Granny Fish, what about her?  Coal killed her father and then, when her mother followed and her stepfather remarried she was adopted by a neighbour. This lady had a brother, who was a vicar. The Reverend needed someone to keep house for him. So Granny moved to the village where GreatGrandpa Fish worked in the bakery, the  baker's  handsome boy woo'd her and she became GrannyFish

And here for a generation the migrations stopped. My mother (Miss Fish) was born and lived in the village her whole life. The longest time she spent away were the weeks in hospital before she died. Master Pirate (my dad) lived a couple of miles away; they met as teenagers, and after his stint away on  National Service had  a long and happy married life, settled in the house they saved to buy, where dad lives still. 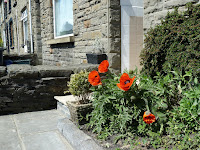 The next generation? That's me and the GlamourPuss. She's travelled a lot but never lived too far away. Is it a coincidence that like MamaFish she's a gardener, rooted in the land and making it bloom?
Me? I've become a migrant like my ancestors but my moves have been out of choice, for love, learning and new adventures. 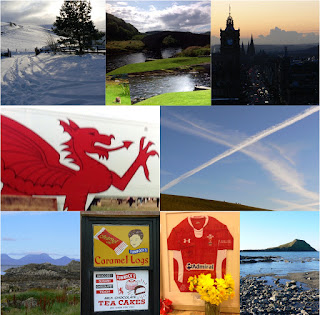